A functional graph of the difference of height in inches between Marissa E Georgiou and People Magazine’s Sexiest Men Alive, 1985 to Present. By standing on this structure, the artist can equalize the distance between her mouth and that of each celebrity. A white finish is used to indicate that the year’s recipient is deceased. (John F. Kennedy Jr, 1988 and Patrick Swayze, 1991) In 1994, no recipient was granted the honor of Sexiest Man Alive. The following year saw the first and only time that a Sexiest Couple Alive was named. A one inch differential between Cindy Crawford and Richard Gere is indicated within the same one foot square for the year of 1995. 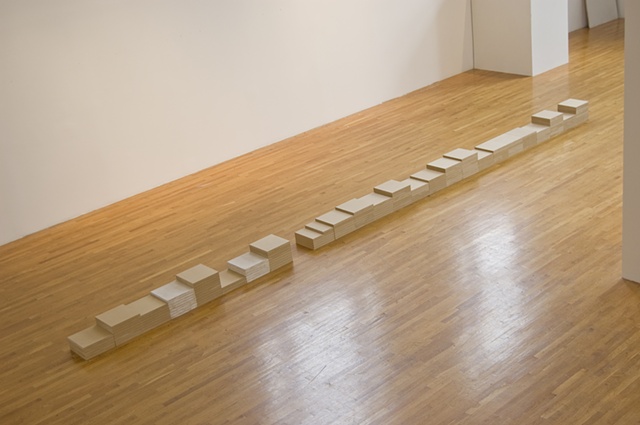 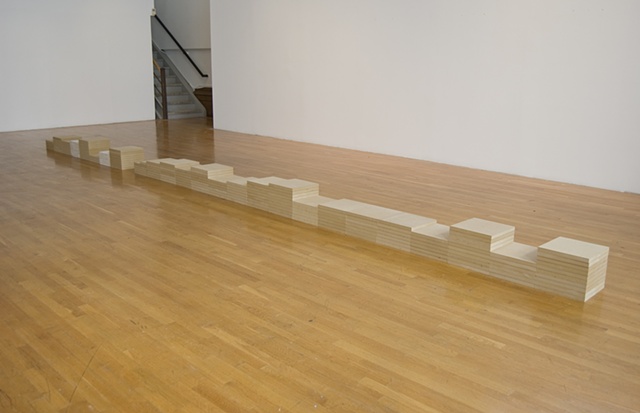 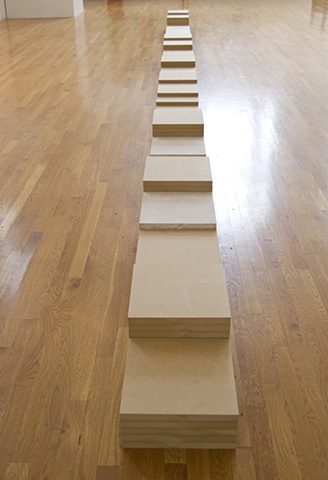